So I can began writing about the influence of non-physical intelligences and got sidetracked by the physical parasite issue and figured I would discuss these physical parasites before getting into non-physical intelligences. Though these things are connected in many ways they are also different. Ever wonder why there was such controversy over anti-parasite medicine Ivermectin during the Coof PsyOp?

The ‘Western’ diet, engineered to have excessive amounts processed sugar and refined carbohydrates (also heavy metals), is built to feed these internal parasites as well as fungus and non-beneficial bacteria. This causes most medical issues we see today and can easily be cured with diet and lifestyle changes. This diet change will have to be a long-term practice and there are no shortcuts.

Your brain is a quantum interface for the mind that is an interface for Consciousness. Early fungal infection of the brain while developing allows this parasitic entity to interface with your mind/brain, insert voices and ideas.
Destroy the bridge used and the influence stops. This fungus in your brain can take a few different forms, including Cryptococcus or Candida. It infects the glial cells, gaining access to the quantum bridge.
It is certainly paranormal because the ‘mind’ of these fungal networks remains outside of the third dimension. Kill the bridge, and they have no way in.

Before we get into more details her are examples of some 'ritual disclosure’- The movie and series ‘Stargate’, which is about a race of alien parasites , Goa'uld, that come to earth through a Stargate and infect/possess the ruling Egyptian class and then enslave humanity, art imitating life or life imitating art?  Then of course ‘Dune’, though these are giant worms, I think they are really trying to tell us something by the psychic connection that can be made, which leads to the parasites being controlled, re-read or watch with a different perspective; ‘Tremors’ as well. Last one is a scene in the third season of ‘Twin Peaks’, where a insect like creature crawls into a characters mouth, and if you’ve watched it know the implications of what it is telling. 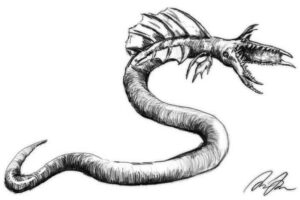 Remember- ‘As above, so below’ is more than just a philosophical sound bite.

‘Our society has been modeled by parasites for parasites. They feast on sugars and yeast, heavy metals attract and excite them, non-biodegradable chemicals help them break down the immune system and accumulate in the biofilm in the guts of their hosts. Drama, conflict, stress, and hedonism serve as vectors for reproduction, blind consumption and control. Parasites can change host behavior by feeding off (and even releasing) hormones, whilst depriving the host of nutrients (wearing down their organs).
Even the mask mandate makes perfect sense beyond just damaging the brain tissue; parasites thrive in low oxygen environments.

In the light of this topic religious scripture from across the globe reads like textbooks for all things parasite (dietary guidelines, sanctioned behavior, wormwood etc). Parasites such as the 'Devil Worm' (Halicephalobus mephisto), pictured below, literally feast on us, they are known to be capable of using both genetic memory and collective consciousness (such as flocks of bird and schools of fish). Ask yourself if you have ever been asked if you performed a parasite cleanse; if you have ever been educated about the consequences of untreated infection, if you have ever been asked about such cleanse before being prescribed medicine.
Doctors around the globe are trained to ignore parasites and for the most part diet.
Moreover, consider immigration from the underdeveloped countries - which is being purposely kept in a dysfunctional state and expanded steadily - and ask yourself if any migrant has ever been prompted to perform a cleanse. Your gut feeling about topics and people - your sixth sense if you will - alerts you to infection; it is being misconstrued as an infinitude of ‘isms’. The more devoid a human being is of agency-‘Know Thyself’- the easier it is for a parasite to modify their behavior. That is why education in modern society is barely more than indoctrination and a means to stifle agency, creativity and independent thought. It is an act of assimilation, quite literally.

Keep in mind, parasites cannot appreciate harmony, reason, art, music, moderation, etc - they care about consumption, reproduction and control; an excess of drama and conflict. They are a large part of the reason this inverted realm came to be.
There is no difference anymore between those who rule and those who are being ruled, the former have shaped the latter into their own image - into LARPing consumers (controlled by parasites).
If you look at the witless masses you look into the minds of their masters.
There is a myriad of parasites, especially Protozoa that cannot be dealt with through broad-spectrum anthelmintics, nor can re-infection be prevented if people are educated about the topic. When parasites die they release toxins and heavy metals they have accumulated over time, killing parasites but not taking care of these waste products does more harm than good, as these waste products are free to accumulate in other tissue .

Consider T.cruzi, no matter what 'official' resource you read, it is being said that it's a rare parasite that is mostly spread by bugs and within third world countries, blatantly ignoring the consequences of migration. And mind you, this is not me attempting to demonize migrants; I pity them just as much as everyone else.

Now, I'd go so far as to say that there are just three causes of disease: poison/toxicity (environmental, malnutrition/gluttony), parasites and bacteria- seeing as virus and cancer (indefinite fermentation of cells to generate sugars) appear to be merely waste products- exosomes or encapsulation of toxins. Ask yourself what a good, easily applicable and long term remedy could be, think about terminal frequency and standing waves... you might begin to understand the actual purpose of old architecture.

If you rush it with pre-formulated remedies, you might kill off some parasites but likely not all; if you don't remove the biofilm (which contains just as many toxins and eggs) it will continue to poison you steadily whilst attracting and then housing more parasites.
Meanwhile, the released toxins may wear and break down your liver kidneys - heavy metals might find their way into other tissue (i.e. your brain).  Upon death parasites release toxins. They accumulate heavy metals and other non-biodegradable chemicals, whilst the process of decay itself releases ammonia into your system.
Treat yourself to anthelmintics remedies, incorporate them into your diet. Mind the state of your liver and kidneys, mind your allergies. Get into contact with a credible, trustworthy physician or herbalist. Improve your life and repay the favor by helping others to do the same. You'll find that your perspective on life will change, your cravings and ills will disappear - you'll be able to shed most of your bad habits effortlessly and become active again. You'll feel alive. Just do your due diligence and mind the condition of your body.
Practice moderation, the dosage makes the poison after all.

Remember EVERYTHING physical started as (still is) a thought form in other realms. Parasites are the physical manifestation of a ‘demonic/self-serving level of consciousness. One that only can consume as it is programmed to. Since we know Consciousness exists outside our perception of time/space then we know that there would have to be non-physical intelligences that would represent this parasitical/demonic energy as well as entities that would be anthelmintics remedies. Parasites on the non-physical realms would feed off emotions instead of our physical bodies, and would seek to extract as much spiritual, mental, and emotional energy (loosh) as possible while keeping the host alive. Take a look around and it becomes clear why everything is the way it is. A parasite farm both physically and non-physically where you are the food- that is until you take back your faculties by

Some ways to kill internal parasites

I resolved many medical issues by drinking the above smoothie every other day and not eating sugar or gluten. You cannot cheat and may need to be on this diet for anywhere from 1-6 months. This is not an easy process but can literally change your life and health, much cheaper and more effective than any doctor. 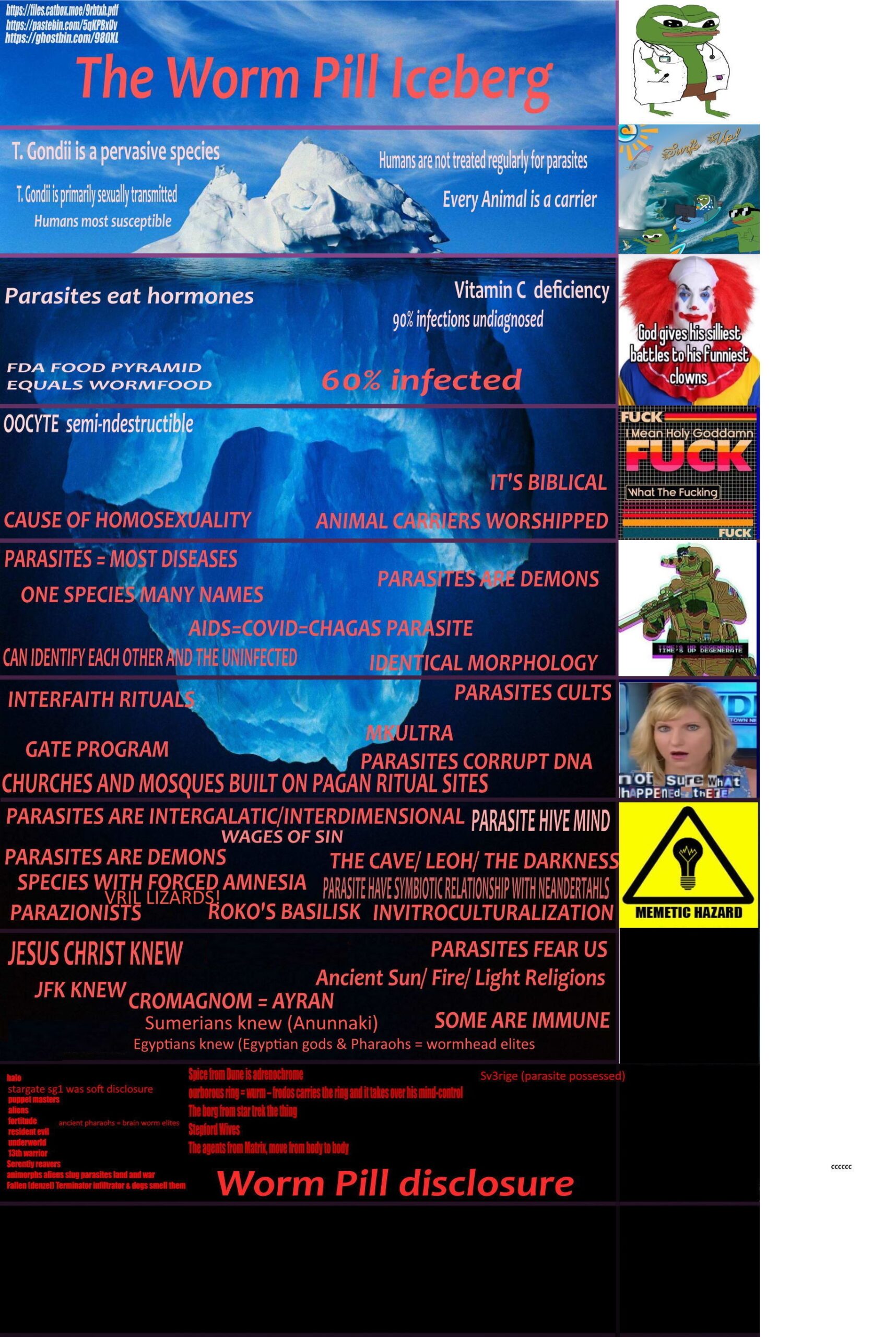 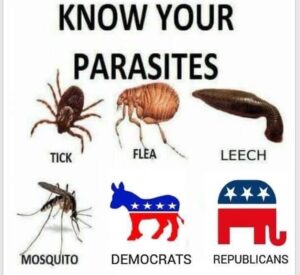