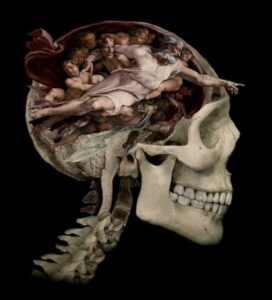 “The All is mind; The Universe is Mental. This first principle embodies the truth that 'All is Mind.' Meaning, the Universe itself, at an underlying and foundational level, is Mental. That all phenomena of life, matter and energy of the material universe are thoughts of an infinite and universal, living Mind.” – The Kybalion

“The first principle tells us that the all of the universe is consciousness. We are all connected, and we are all on one mind. The only thing that really exists is the all of the mind. Everything is mental creation of the all, and in this mind is where we exist. There’s no separation of mind, and matter, and the mind controls everything that we experience be it physical, spiritual, or mental. Everything is perceived, controlled and understood through the mind, and is the whole of the universe. “~ Unknown 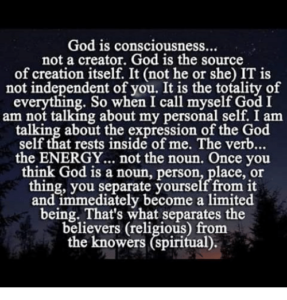 Are we God experiencing itself?  Thinking a thought of itself thinking ? A thought thinking itself?

Consciousness over Mind over Matter

Mind and Consciousness can be overlapping and interchangeable terms but this is how I see the two: The brain itself is a great and beautiful vehicle for the mind which is the connection /intermediary/ mediator that expresses consciousness. The brain however is not the mind or the consciousness; consciousness filters through the mind that uses the physical brain to think, here and now.  But it is separate from it. 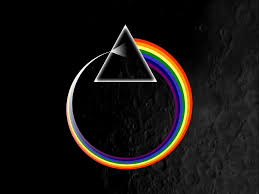 “Mind is consciousness which has put on limitations. You are originally unlimited and
perfect. Later you take on limitations and become the mind.” Ramana Maharshi

Think about how your brain/body is really just a conductor for electricity and neurons.  Our body is a bio-electric vehicle that is controlled by the brain that is the processor/receiver. It receives information from internal and external sources, filters and interprets it. This electricity cannot be destroyed. The brain and body can be destroyed and stop being a conductor but the electricity goes elsewhere. This electricity could be likened to our mind and consciousness or at least their vehicle.  (see Life-force section of Chapter 7 for more detailed information)

“What is real? How do you define 'real'? If you're talking about what you can feel, what you can smell, what you can taste and see, then 'real' is simply electrical signals interpreted by your brain.” The Matrix

“ And while a single neuron generates only a tiny amount of electricity, all your neurons together can generate enough electricity to power a low-wattage bulb.” Nat Geo

“The brain consumes energy at 10 times the rate of the rest of the body per gram of tissue. The average power consumption of a typical adult is 100 Watts and the brain consumes 20% of this making the power of the brain 20 W.” Macmillan Encyclopedia of Physics

An important aspect of understanding our mind and consciousness, is the fact that we are layered and hyper dimensional, with part (usually beyond our awareness) residing outside of time and space.  This consciousness is free from the constraints of matter, ego, and the regular senses/ comprehension paradigm. The mind holds it altogether and makes sense of the consciousness, both the sub conscious (unrealized/hidden) and conscious (realized/shown). This is why you don’t want to lose your mind or go out of your mind. You won’t be able to process the external/internal consciousness/information flow.

“Know ye, ye are threefold in nature, physical, astral and mental in one. Three are the qualities of each of the natures; nine in all, as above, so below.” -Thoth 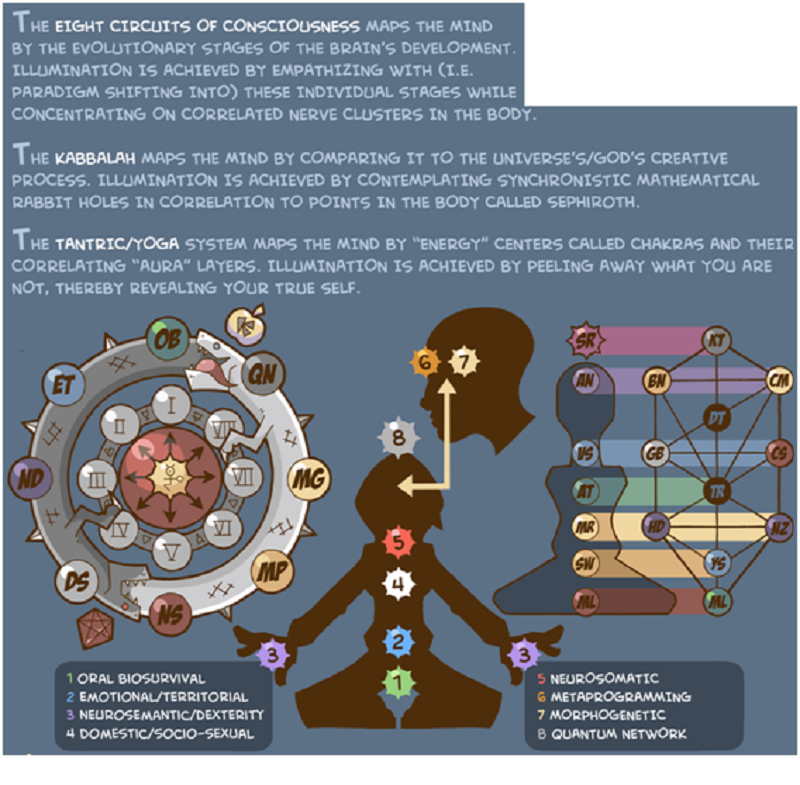 An interpretation from ChicagoGnosis on the Kabbalah’s layers of consciousness/mind: “Our consciousness is a fraction of the human soul, known as Tiphereth in Kabbalah.  This middle sephirah in the very center of the Tree of Life is known by the term superior manas in Theosophy... Our consciousness emanated from Atman-Buddhi-Manas, Chesed-Geburah-Tiphereth, and has entered the lower sephiroth: mind, heart, vitality, and physicality.  This is in order to acquire knowledge and experience. Our inner Being, spirit, Buddha, Atman, gives the consciousness intuitions and hunches, as well as inspiration to practice spirituality through learning to control the lower aspects of ourselves, the lower trinity in this glyph.  Tiphereth, superior manas or willpower, must control the lower aspects of the psyche.” 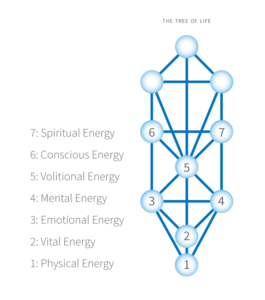 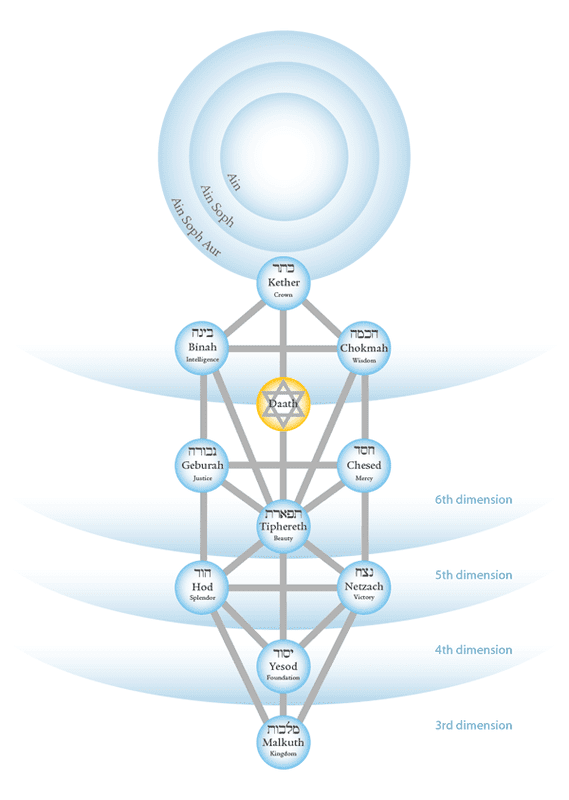 Another meaning of consciousness

The state of being conscious; knowledge of one’s own existence, condition, sensations,
mental operations, acts, etc.

Immediate knowledge or perception of the presence of any object, state, or sensation.

An alert cognitive state in which you are aware of yourself and your situation.

Consciousness is the foundation of perception and understanding.

Consciousness is the basis upon which we
evolve or devolve. Our improvement or degeneration is marked by the state or
level of our Consciousness.

The more elevated or purified our level of Consciousness, the more refined and penetrating our perception. That is why the purest individuals in our histories have also been the wisest and most perceptive, capable of seeing not only into the human
heart, but into other dimensions. “ gnosticteachings.org

If consciousness filters internal and external information through the mind molding our perception and understanding of reality then what is reality? 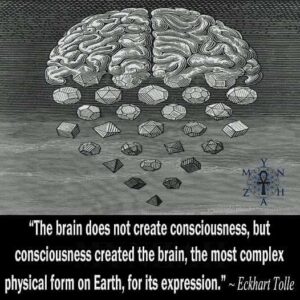 Chapter 4- What is Reality?