“Reality- In a discussion Bert said that reality can be described in many ways, but the description that an individual accepts is the one that conforms to that individual’s preconceptions. Omar expanded on this by defining objective reality as the fantasy that has received the majority vote and subjective reality as a personal fantasy. Mal concluded the discussion by saying, “Reality is the original Rorschach.”-Zen Without Zen Masters

“Reality is created by the mind. We can change our reality by changing our mind.”― Plato

“Reality is not upon the earth, my son, and it cannot be thereon, but it can be comprehended by a few men to whom God vouch safes the divine vision. Nothing on earth is real, there are only appearances and opinions on earth; yet all is real for intelligence and reason. Wherefore to think and to speak the truth, this indeed may be called real”-Hermes Mercurius Trismegistus

“We accept the reality of the world with which we are presented.”  Cristof Truman Show

So reiterating- Do you question your reality? Is this reality just mundane, accidental physical realm of matter? A purposeful divine creation?  Is it a hologram? A dream? A simulation? A game? A puzzle? A maze? A afterlife? A birth? A hallucination? A way to evolve? A fractal? A prison? A farm? A reality show? A book? A experience? Whatever you make it? Some of them?  All of them? None of them?  Let’s decide.

Reality, in simple terms, is the way our consciousness (or reception of it) via the mind and brain interprets the information/energy around us and processes it.  It is both subjective and fluid and objective and solid. There is overlying and underlying energy within and without us that bring everything into a congruent form we define as reality. It is important to perceive that what we think as objective reality, matter, and physics is actually subjective; best explained by the double-slit experiment. In short “It shows that light has both a wave nature or characteristic and a particle nature or characteristic, and that these natures are inseparable.” So light and matter are both solid and non-solid which is dependent on what is known as the observer effect. “The observer effect is the theory that the mere observation of a situation or phenomenon inevitably changes that phenomenon.” If true, matter and therefore reality as we think of it is dependent on an observer.

“Of course it is happening inside your head, Harry, but why on earth should that mean that it is not real?”- Harry Potter Movie

It’s all just in your head! Of course, everything is in your head! It is how we interpret reality. Our head is where our brain is, which controls our body and senses.  The brain is the seat of the mind controlled by the consciousness which is part of the spirit. Like a multi-level system of puppet strings that can be controlled by us through willful practice. The question is which part of us has control of the strings; the mind and body make great servants but terrible masters.  Even worse if we remain ignorant of ourselves and our reality certain habits and vices we can be exploited and allow other forces to control the strings.  Puppets don’t always wear strings on the outside. 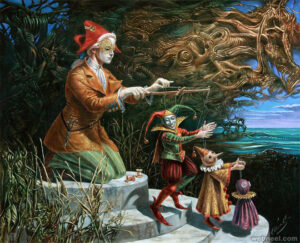 “On Earth, man is in bondage, bound by space and time to the earth plane. Encircling each planet, a wave of vibration, binds him to his plane of unfoldment.” – Thoth 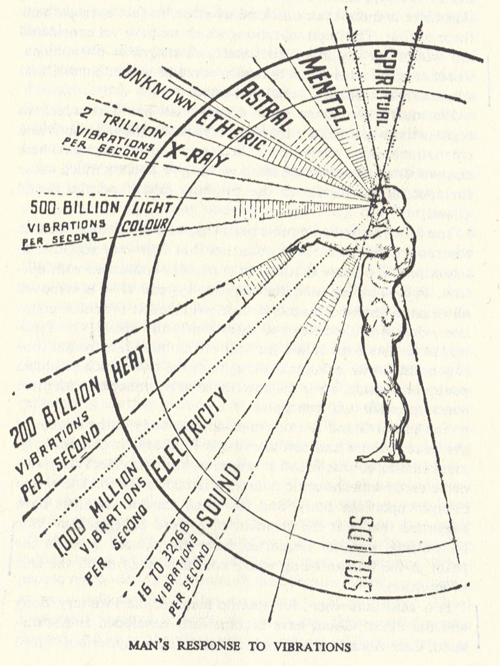 Most everyone bases reality today on empirical knowledge; that is knowledge based upon the five senses of sight, sound, smell, taste and touch.  The electromagnetic spectrum gives off vibrations that we filter through our mind, conscious, body, past experiences, ego, and other mechanisms creating our reality. These senses combined with other aspects of mind/consciousness become our perspective of reality. Everyone’s reality and perspective therefore, though more or less similar, must be different.

Knowing, that we can only perceive less than ~1% of the known electromagnetic spectrum, we may want to expand our definition of what reality really is.  One person may be more in tune to a vibration and be able to perceive what most cannot. Our brain, mind and consciousness could be likened to a radio receiver; sometimes they could tune in to certain frequencies felt by everyone, other frequencies are more subtle and hidden. There are a number of ways to expand your perception to subtle frequencies such as meditation, entheogens, magick, natural born talent, and other experiences.

“I think, therefore I am” Rene Descartes

If we know we are consciousness incarnated, lets us look into different theories of the overlying/ultimate reality; or at least the next levels of what this objective/subjective reality we are in might be.  Think for yourself, make your own reality.