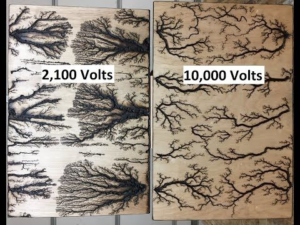 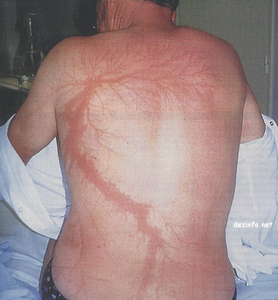 "Lichtenberg dust figures", are branching electric discharges that sometimes appear on the surface or in the interior of insulating materials...Lichtenberg figures are named after the German physicist Georg Christoph Lichtenberg, who originally discovered and studied them. When they were first discovered, it was thought that their characteristic shapes might help to reveal the nature of positive and negative electric "fluids"..."Wiki

"The similar branching structure of all of these systems may be a consequence of a recently proposed new law of physics, the Constructal Law, which states that Nature tends to develop a hierarchical branching network of paths that result in most efficient flow. The flowing material can be water, air... or even electrons!" Captured Lightning (click for in-depth information about Lichtenberg fractals) 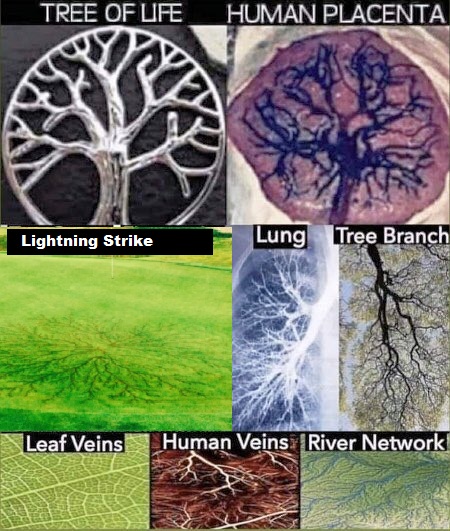 The most interesting part to me about the Lichtenberg figure/fractal is that it is found throughout nature in multiple forms. 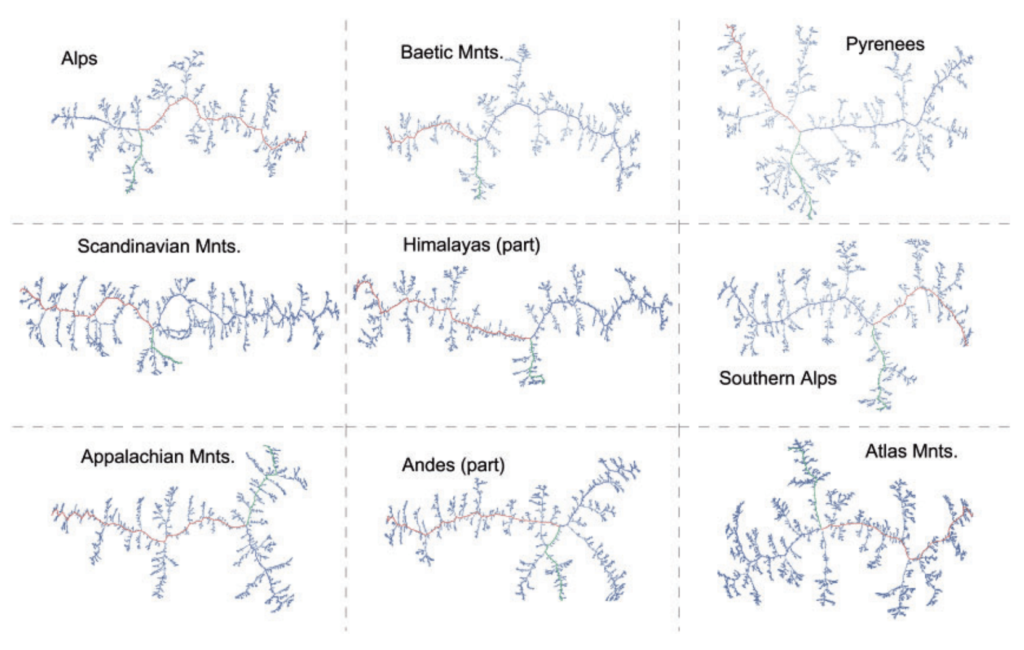 The Lichtenberg fractal can be replicated on something as small as a neuron, up to something as large as thousands of miles on the earth's surface like mountain ranges. Also, it can form as instantaneous as a lightning strike or hundreds of years as a tree grows.

I would like to hypothesize that through these observations, the earth landscape we see, that is believed to have taken millions-billions of years to form and take shape, may have actually happened rapidly via an extreme electrical discharge from the earth or sun, possibly both.

Could a possible cause or product of these discharges be earthquakes? Of course, this would come from other, less accepted, theories besides the currently accepted Tectonic plate friction. One theory is that "Earthquakes are caused by the reverse (inverse) piezoelectric effect from lightning strikes. Lightning strikes originate from the electrically charged Sun which continually charges the Earth with negative electricity creating an electric circuit within the Earth cavity." -WildHeretic Could this be the cause of earthquake light?

If this really did happen it could lead to other possibilities such as mud flood/alternative history theory.

Nothing is true, and everything is possible. Think for yourself and come to your own conclusions.

Does this correlate to us and our bodies?

“WE ARE ALL ELECTRIC CREATURES."

"As above so below, as within so without." 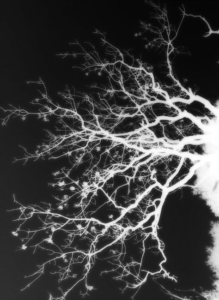 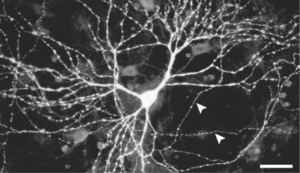 The Lichtenberg Fractal is observably within us via our lungs/heart and neurons/dendrites. It is fitting that our lungs use the same fractal growth as trees, as trees supply them with air/prana; also observe how this fractal manifests as neurons, the controlling electricity of our body/brain. We are bio-electric bodies/consciousness, that consists of the fractal patterns of electricity in different forms, alternating between energy and matter. Energy seems to manifest itself into matter by way of fractals, showing that nature is intelligent in some type of way. 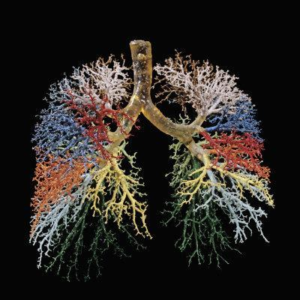 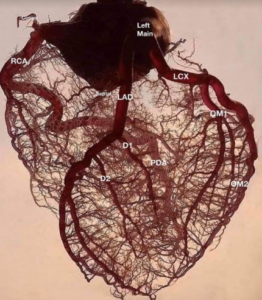 I believe we and our universe are much more interwoven with the Lichtenberg fractal then is presently discussed, let's continue to study this fractal; along with other fractals such as Mandelbrot set, golden mean, and The Sierpinski Triangle.

What do you think about the Lichtenberg fractal?

You do not need to enter email to comment.